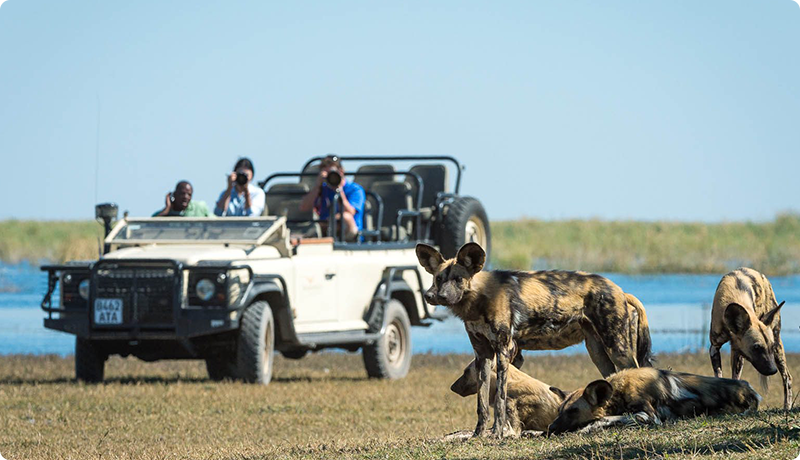 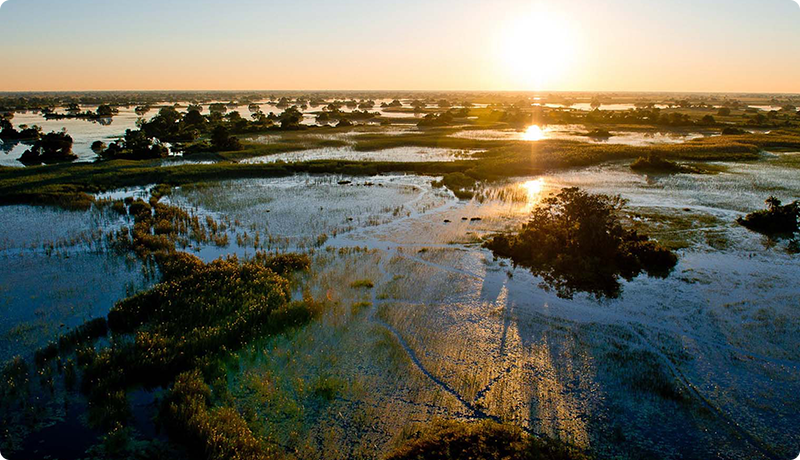 Southern Africa countries are known for their incredible landscapes and Botswana is definitely a destination for any adventure seeker. Botswana is defined by the desert and the OkavangO Delta, which has become home to animals during the rainy season. The country is one of the most stable African countries with a great sense and pride in their national identity, including the variation in their language and culture. So, there is no surprise that a treasure like the Moremi Game Reserve is located here.

Also known as Moremi Wildlife Reserve, the Moremi Game Reserve represents a staggering one-third of the Okavango Delta and boasts one of the biggest concentrations of wildlife in Africa. It is proudly the only section of the Okavango Delta, where wildlife is preserved. Due to the height of animal poaching in 1963, it was officially set aside as a reserve to protect the remaining wildlife.

The reserve is situated on the eastern side of the Delta and takes its name from Batawana Chief Moremi III. Throughout the past 5 decades, the reserve has slowly extended its size and now represents around 5000 sq. of land.

Moremi Game Reserve uniquely combines areas of dry land between vast areas of wetlands where an enormous range of species live. Now that Rhinos have been reintroduced into the Delta, Moremi is now home to the big five; Lions, Leopards, Elephants, Rhinos and Buffalos. It is also one of the best places in Africa to go for bird watching as the reserve has nearly 500 different species of birds from forest dwellers to water birds. If you’re lucky enough, you may even spot the rare Pel’s fishing owl.

If that’s not enough to make you curious and adventurous, then consider the wealth of wildlife in this place, including other fascinating animals like the black Rhinos, Zebras, Angolan Giraffes, Cape Buffalos, Hyenas, red Lechwe and Cheetahs. One of the highlights in the Reserve is the endangered African wild dogs which are protected species and it is also a privilege to witness them in action.

When to visit Moremi

Like many other parts of Africa, you will need to take into account weather patterns if you are planning a trip to the Reserve. The best time to see an abundance of wildlife is in the dry season, which goes from July to October as this is when the animals are forced to seek fixed water sources where you will see them congregate. The best times to go bird watching and spot rare wildlife is in September and October but keep in mind these are also the hottest months of the year. The messiest time to visit is in January and February when the area receives a lot of rain and the clay trails become unbearably muddy and often impossible to use but extremely rewarding to witness the animals in their natural habits.

Things to do in Moremi Reserve

There are a number of ways you can explore the local wildlife at the Reserve. Here are a couple of ideas to get you started:

If you crave for wildlife safari and the chance to experience life in a distinguishable part of the planet, Moremi National Parks has you covered, all without having to leave the civilized lifestyle that you are used to. There are at least three popular accommodations including Moremi Crossing, Moremi Tented Camp, and Camp Moremi; any of them offers the comfort of cozy dwelling in the middle of wilderness. From those camps, you can start your adventures to the following best spots:

What else do you need know besides that as a traveler visiting Botswana, this attraction should be on your bucket list because Moremi Game Reserve is one of the most mesmerizing and unique place to witness wildlife in Africa as you will rarely find a place where a large range of animals are concentrated in one area. If you are exploring Botswana, then a trip out to Moremi is a no brainer. Welcome to Botswana and Happy Traveling.

Although Moremi National Park is not the largest in Africa, it has just the right combination of landmarks and wildlife diversity to give a nearly complete glimpse of how the overall experience is, when you visit Botswana for a safari.