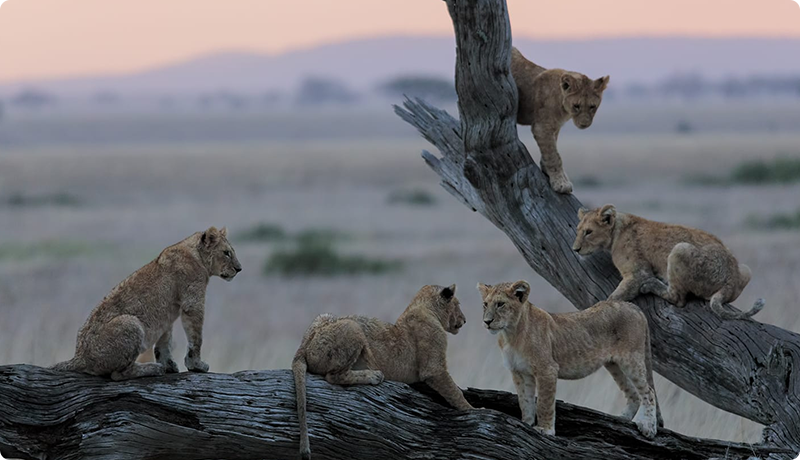 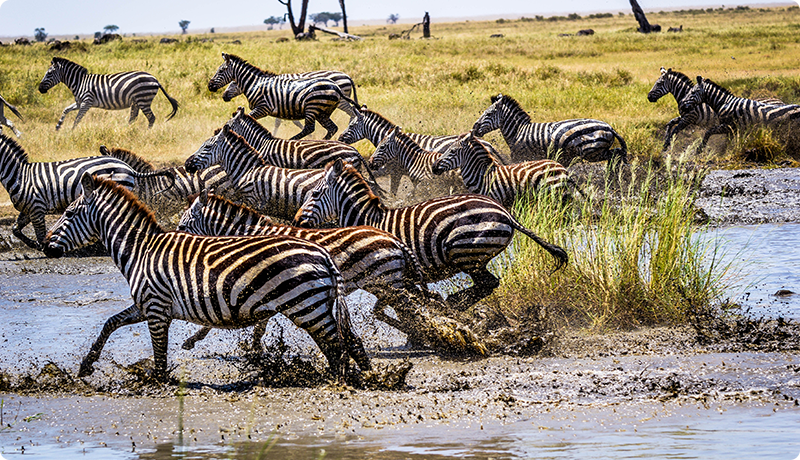 Lake Manyara National Park is one of the smaller parks in Tanzania, the park has sceneries, adventures, and experiences worth having. The park is located in the regions of Manyara and Arusha. The park consists of 130 square miles of arid land and 77 square miles of alkaline lake. During dry season, this lake is almost completely gone due to the lack of rainfall. Rift Valley forms the west border, and Lake Manyara sets the boundary to the east.

Despite the lack of animal kingdom naturally scenic views, there are still plenty of good things to keep everybody happy. The park is small indeed, yet it is home to 11 different ecosystems comprised of evergreen forest, birds, large mammals, and more. In fact, the park supports one of the highest concentrations of Elephants, Buffalo's, Hippo's, Giraffe's, Zebra's, and Wildebeest. Tree-climbing lions, hyenas, and leopards are here as well. Lions are not naturally tree climber, but some prides do that for various possible reasons. Some say they do it just for fun, while others suggest that lions will have a better view of their prey.

Lake Manyara National Park is often considered just a place to stop-by. Many visitors spend times on the park during their journey to Ngorongoro, mostly on an afternoon drive.

Tree climbing lions are only spotted on Lake Manyara National Park. There are still some things that you cannot see somewhere else thankfully, for examples the large number of baboons and raptors. In fact, the national park is home to the largest concentration of baboons in the world; there is no place else where you can see such a huge number of this large primate.

Depending on months of visit, you may not be able to skip Lake Manyara National Park at all, especially if you visit Tanzania to witness the Great Migration.

Official peak season is from July to October, but you can visit the park anytime of the year to enjoy a little less intense panorama of wildlife. Day time game driving is the most common activity in the park; night safaris are also available if you want to wander around in the dark to see how the animals behave after the sun goes down. During wet season, the best thing that the park can offer is bird watching, canoeing, and waterfalls. Before you move forward to the northern parks, you may want to consider spending time in the Rift Valley to enjoy additional activities such as mountain biking, hiking, and village trips.

Among all animals that inhabit the lake and with the exception lions, flamingos are the most popular. During wet season, there are thousands of them flocking to the lake. As the season dries out, less and less flamingos are still around, but they always come back as the season changes. Flamingo is probably the most popular, but there are more than 400 bird species have been recorded. On average day, a visitor with a good talent for bird-watching should be able to spot at least 100 of them. Some of the most recognizable species include flamingo, pelican, storks, and cormorants. If birdlife is an important thing in your journey, Lake Manyara National Park is the best place to start. Large mammals can be seen throughout the year including but not limited to Masai lions, leopards, cheetahs, Masai giraffes, elephants, gazelles, hippopotami, impala, and blue monkeys. At one end of the park, there is a hippo pond around which you are allowed to get out of the car and observe the hippos from a safe distance.