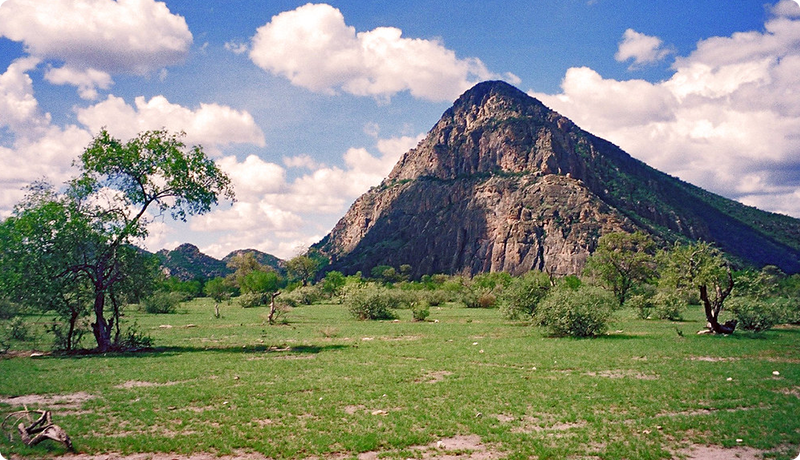 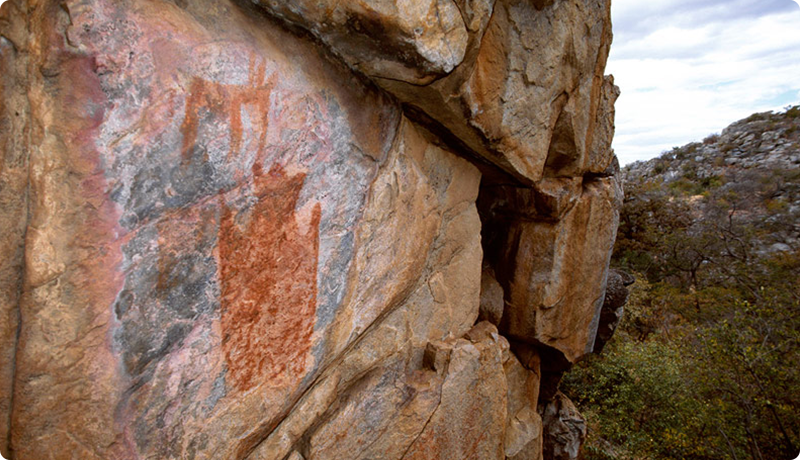 Situated in the northwestern Kalahari just west of the Okavango Panhandle, lies the Unesco World Heritage-listed Tsodilo Hills. While it is lesser known than other areas of Botswana, the Tsodilo Hills is a hidden treasure hidden in a remote part of the country near the Namibian border.

There are three hills that make up Tsodilo and legends have it that each rock represents a mother, a father and a child. The way the rocks have been formed in an area that’s relatively flat gives them a dramatic and mysterious feel and their isolation works to enhance the majestic vibe of these exquisite rock formations. The rare combination of orange, yellow, lavender and mauve blend together to create a gorgeous scene that looks like a natural work of art. As a traveler, you know when you are in the presence of greatness and the Tsodilo Hills have left any reluctant traveler speechless.

The highlight of visiting Tsodilo Hills will be witnessing more than 400 prehistoric rock paintings which have been spread over hundreds of sites throughout the hills. The hills have historical significance as the rock paintings and other excavation projects revealed a lot about the San people who were the original inhabitants. Evidence suggests that the ancestors of the Sans have been around for up to 30,000 years. When exploring the hills, you are walking into history and prints left behind to tell a story.

Today, the Tsodilo hills are a national monument and form part of the National Museum in Gaborone. The San Bushmen believe this sacred area is the site of the first creation of man, and a resting place for spirits of the dead.

When is the best time to visit

The best time to check out the Tsodilo Hills is during the winter season which runs from April to October. And any other time of the year is excruciatingly hot to the point of unbearable, but if you are an outdoor adventure seeker, this will definitely be a challenge. If you happen to go from December to February, there will be a lot of bees so go prepared and check all the travel tips.

Highlights and things to do

The best way to explore Tsodilo Hills is through a guided tour. There are a number of walking trails you can do which can be arranged at the main Rhino Camp. It’s best to do the tour early in the morning or in the late afternoon as the mid day heat can be rather harsh, especially in the summer. Here are a few things to try when visiing:

This place is the perfect spot if you are into outdoor activities, if you are a hiking lover or a nature lover. These hills have managed to captivate many hearts across the world and somehow, they have also managed to stay hidden and preserved. While you won’t see the extravagance of wildlife as you would in other parts of the Delta, a visit to Tsodilo Hills is well worth the trip to learn about the fascinating local history and myths that surround the hills. So if you are not scared of a challenge and you happen to visit Botswana, please come join us.